Jakarta, 2 May 2018 - The Inauguration Ceremony of KPPU's Commissioners by the President of Republic of Indonesia, H.E. Joko Widodo, at the Presidential Palace

In May 2018, the KPPU welcomed a new chairman and eight other new commissioners. The appointment is relevant not just domestically but also globally, given the importance of the Indonesian economy to global markets and investors. Indeed, Indonesia is not only famous for its coffee, beautiful island of Bali and the Komodo dragons. The country, which is made up of a population of some 260 million and over 17,000 islands, also boasts the largest economy in Southeast Asia, the second largest in East Asia just after China, and the 10th largest in the world in terms of purchasing power parity. In 2017, foreign direct investment (excluding investments in the banking, oil and gas sectors) reached IDR 430.5 trillion (about USD 32.34 billion). * Like most other emerging economies, Indonesia has gradually moved away from being a primarily agricultural economy. Today, it is oriented towards the service industry, followed closely by the manufacturing industry. The trend can be expected to sustain in view of the country’s young, upwardly mobile and tech-savvy population.

Enactment of Competition Law and Formation of KPPU

The Indonesian economy has been growing steadily since the Suharto era which lasted from 1966 to 1998. One of the key features of the economy during that time was the prevalence of state-owned enterprises and conglomerates which benefited from their close relation with the government.

For healthy economic growth and to create equal economic opportunities, the Indonesian government believes that it is necessary to foster competition and provide opportunities for the micro, small and medium enterprises.

As part of broader economic and social reforms to open up the country to globalisation and foreign investment and to achieve democracy, the Indonesian government enacted in 1999 the competition law, Law Number 5 Year 1999, with the main purpose of safeguarding public interest and enhancing efficiency of the national economy, making Indonesia one of the first two ASEAN countries to enact a competition law. The KPPU was subsequently set up in 2000 to enforce the law. The KPPU is the only institution dealing with competition law in Indonesia. It is answerable to the President and accountable to the Parliament. The agency is based in Jakarta and has five representative offices with 335 staff members. The KPPU has an amalgamation of powers – conducting investigations, evaluating alleged violations, issuing decisions, imposing administrative sanctions, providing advice and opinion on government policies related to anti-competitive conduct, mandatory post-merger control, and drafting guidelines. Recently, through Law Number 20 Year 2008 on Micro, Small, and Medium Enterprises (MSME) and Government Regulation Number 17 Year 2013, the KPPU was also given the mandate to supervise and enforce the implementation of partnerships between MSME and large companies.

In the early days, the KPPU focuses mainly on agriculture and sectors affecting people’s livelihood, including food, healthcare, education, energy, finance and banking, as well as on infrastructure, a sector which the government places high priority on. The current government has planned 222 national strategic projects involving roads, railways, bridges, shipping port, power stations, airport and water dam, 30 of which had been completed as of April 2018. Jakarta, 12 July 2018 - The first hearing of case with KPPU's new Commissioners
One important case in the KPPU’s history was the eradication of a price fixing cartel in short message service (SMS) performed by six cellular companies from 2004 to 2008. During that period, the companies fixed the SMS price at IDR 350 per SMS. Further investigation found that this cartel had caused consumers an estimated loss of IDR 2,827 trillion (about USD 188 billion).The case, ruled in the KPPU’s favour by both the District Court and the Supreme Court, had led to several reforms in Indonesia’s cellular market.

More recently, the KPPU concluded a cartel case on price fixing agreements by six international and local companies in the production and marketing of tires in Indonesia. Each company was individually imposed an administrative fine of IDR 25 billion (about USD 1.69 million), the highest fine that can be imposed under the Indonesian competition law. This decision was announced on 7 January 2015 and was ruled in the KPPU’s favour by both the District Court and the Supreme Court. In addition to price fixing, the KPPU also concluded that the motorcycle companies intentionally and systematically released misleading facts to build a perception in favour of their interest and provided data which fraudulently showed a price decline.

Apart from private enterprises, the KPPU is also well known for its active enforcement against competition violation by state-owned enterprises in Indonesia. Between 2000 and 2018, the agency had imposed sanctions and/or fines on state-owned enterprises in various sectors including airport and port operation, telecommunications, electricity, logistics, airlines, natural gas, oil and gas, and banking. Earlier this year, the agency imposed a fine of IDR 6.5 billion (about USD 0.43 million) on the airport operator in North Sumatera which was found to have abused its monopoly power by charging cargo and postal service users double tariffs, causing inefficiency in business activities.

In 2018 (as of August), the KPPU has handled 100 complaints and 33 self-initiated cases. Bid-rigging still accounted for the most number of cases (70%) compared to other types of cartel conduct and abuse of dominance. Between 2000 and 2018, the Commission concluded 297 decisions, won 91 cases out of 158 appealed cases at the District Court, and won 87 out of 127 appealed cases at the Supreme Court. These are translated into winning rates of 58% in the District Court and 69% in the Supreme Court respectively.

The KPPU’s enforcement has contributed significant income to the State Treasury from the penalties collected. Until May 2018, the total amount of penalties collected by the KPPU amounted to IDR 125 trillion (about USD 8.3 billion).

From 2010 until August 2018, the KPPU had received 436 notifications on the acquisition of shares, merger, or consolidation of business entities. The trend is shown in the bar chart below:

The notifications are mainly from certain industries, namely (i) energy; (ii) mining; (iii) property and tourism construction; (iv) banking and non-bank financial services; (v) electronic, information and communications; (vi) manufacturing; (vii) transportation and logistics; (viii) livestock farming; and (ix) retail food and beverages. In the past two years, there has been a significant increase in mergers and acquisitions by companies engaged in the manufacturing, construction, property and tourism sectors. This is in line with the government’s focus on infrastructure development and its takeover of less effective projects from the hands of state-owned enterprises.

Since its establishment in 2000, the KPPU has issued 197 policy recommendations to the government, both at the national and regional levels. The recommendations were given on various government policies regarding different sectors, especially the construction, property, trade, electronic and automotive industries. In another instance, the KPPU advised the Regional Government of Jakarta in 2017 not to limit the type of technology used in Electronic Road Pricing (the local regulation limits the technology to dedicated short range communication (DSRC) with 5.8 gigahertz frequency in Jakarta). 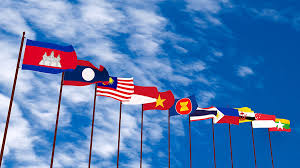 Currently, the KPPU is taking the role of Proponent in the implementation of the Japan-ASEAN Integration Funds (JAIF), a collaboration project with Japan Fair Trade Commission (JFTC) and ASEAN Secretariat, which aimed at supporting the development of competition law enforcement in the region. Activities include conducting sub-regional workshops in ASEAN member states, training courses on cross-border enforcement in Japan and Indonesia, and staff exchange among the ASEAN Member States. The KPPU is also hosting the ASEAN Web Portal on Competition (www.asean-competition.org).

Under a new leadership of nine Commissioners appointed in May 2018, the KPPU is committed to the prevention of anti-competitive practices and improving its relation with the business community. It is in the process of revising its Case Handling Procedure and Merger Review Mechanism. This is to anticipate the upcoming new competition law, which is currently at the final stage of review by the Indonesian Parliament. The new law is expected to strengthen the enforcement power of the KPPU through the introduction of leniency, mandatory pre-merger notification, higher penalties, and a clearer institutional development scheme.


Jakarta, 10 July 2018 - Press Conference after Courtesy Meeting between Minister of Trade of Republic of Indonesia, Enggartiasto Lukita, and Chairman of KPPU, Kurnia Toha. In the next five years, the KPPU will prioritise its enforcement and policy advisory work and focus on sectors which correspond to the following:

The KPPU has certainly evolved a lot through the nearly two decades and it has no doubt played a key part in helping Indonesia’s economy to grow. To quote a document by the Organisation for Economic Cooperation and Development (OECD): “Today, Indonesia can rightly be proud of its economic achievements since 1999 and the KPPU can take particular credit for the valuable part that competition law has played in those successes.”

With a clear direction and hopefully stronger support from the government through legislative reform, it is expected that the KPPU will continue to transform, mature and contribute further to the growth of the Indonesian economy.